The Mirror or the Pillow – Reacting to Difficult Guest Situations

Anyone who has worked in guest service knows that it is an undisputed fact that you will have to deal with an angry or upset guest. How you (or your team members) respond can make all the difference between the situation being resolved at first contact or the situation being prolonged and escalated. Today I would like to share a story from a colleague (with their permission): 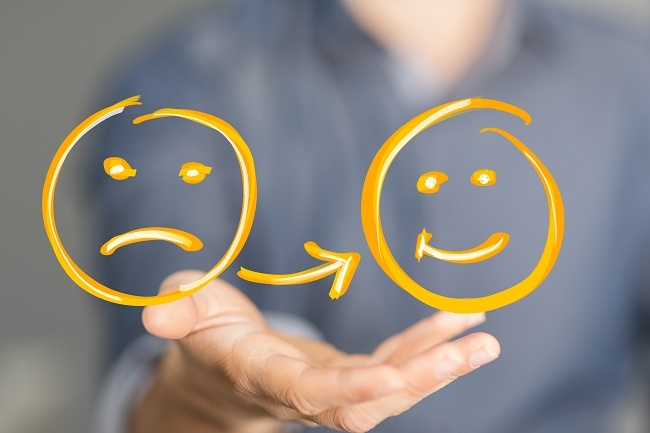 Holly was a twenty-something year-old woman who worked on the Box Office team in Vegas back around 2001. She was a good person who arrived to work each day with a smile on her face and a positive mindset. However, like so many of us, Holly had a problem dealing with Guests in negative situations. Holly’s problem was about to become my problem too.

One morning, soon after I arrived to work, my boss called me into his office. He had just listened to a voicemail from a very upset guest who had encountered Holly the night before. The guest had been at the Box Office to pick up their show tickets and the reservation was not immediately located. Holly had apparently been unable to resolve the situation and it quickly went from bad to worse. As my boss replayed the voicemail for me, I heard the guest identify a few key things:

The guest admitted that he was upset from the start (and he let it show in his interaction with Holly).

Holly became defensive right away, mirroring the guest’s frustration right back at him.

The interaction quickly took a turn for the worse; tempers flared, and nothing was accomplished.

Ultimately, the supervisor came out, apologized, and resolved the issue; however, the guest still asked for my boss’s contact information which told me that this had escalated to an even higher level.

I needed to address the situation with Holly quickly before it could happen again.

On her next shift, I called Holly into my office. “Holly,” I began, “a few days ago, we received a phone call from a guest complaining about his interaction with you. Can you tell me what happened?”

Holly immediately became defensive, “Oh, let me tell you, this guy was rude and obnoxious from the start. I couldn’t find his reservation and when I told him that, he just started yelling at me. I’m not going to take that. It’s not right. When somebody comes at me like that, I come right back at them. I can’t help it. I guess I really take it personally.”

In this incident, Holly was describing how we all sometimes feel: we get in a situation where we are being attacked, and our instinct tells us to defend ourselves. If somebody hits us, we either want to run, or hit back right away–maybe hit back even harder. However, in the guest service industry, this does no one any good. If we hit back, we become the bad guy and it can quickly blow up in our face, just as it did for Holly.

The Mirror. When the guest became angry and started yelling at her, it was as if Holly held up a mirror in front of her and reflected all the negativity right back at the guest. Instead of working to deescalate the situation, Holly’s response made things worse. When dealing with a negative guest, we need to consider another alternative:

The Pillow. Rather than pulling out a mirror to deal with a negative guest, we need to pull out a big, fluffy pillow! Whenever a guest is upset, the agent needs to hold the pillow up in front of them and imagine that it is absorbing all the guest’s negative energy. But the pillow isn’t a way of ignoring what the guest is saying; the pillow represents our way of filtering through the negativity, identifying the facts of the situation, asking clarifying questions, and then finding a reasonable solution. When dealing with an angry/upset guest it is important to remember the following:

Be the Professional.  Don’t take things personally—let the pillow absorb them instead.

Commit to Helping. Tell the guest right away that you want to help and that you are committed to finding an agreeable solution. Then, do it.

Listen. When we take the time to listen, take notes, and ask questions, it shows to the guest how much we care.

Empathize. Put yourself in the Guest’s shoes. I love using the phrase “I understand how that would make you feel.”

Resolve. Don’t ever tell your Guest what you can’t do. Instead, tell them what you can do. Fix it. Resolve it. Create raving fans.

After meeting with her Supervisor, Holly agreed to follow this advice from then on. She made a choice to use the pillow in tough situations rather than the mirror. She discovered that not only could the pillow help resolve issue at work, but that she could also use it in to resolve situations outside of work as well. 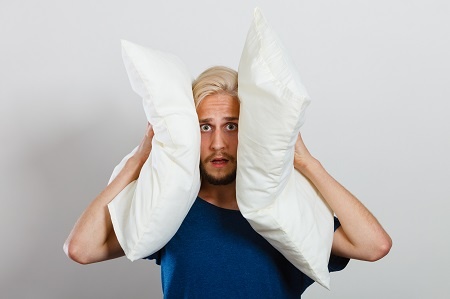 In difficult situations, are you using the mirror or the pillow?

Creative by The Evoke Group